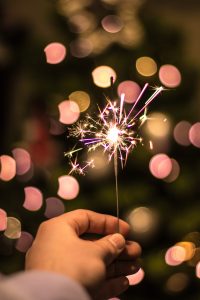 Photo by Wout Vanacker on Unsplash

It’s hard to believe it’s already the end of another decade! Time is very sneaky like that.

2019 was, overall, a good year. It was my first year with two books out, which was challenging, but also really awesome. And, thanks to those books, I had a lot of new opportunities and experiences for which I’m so very grateful.

But it was bittersweet in many ways too. Last year ended with several things up in the air that have now settled. My parents are both at care facilities, and while that’s sad, I’m grateful to the people who look after them day in and day out. My siblings and I had to clean out our childhood home and sell the house in order to help pay for that care, and it hasn’t been easy to let go of the place I’ve called Home for most of my life. But it was necessary and now I can put that phase behind me (I hope!).

10 years ago, I wrote a looking back at 2000-2009 post, so I’m picking up the thread and doing it again. It’s interesting to see what I was excited about back then (writing more books! Past MK would be pretty pleased with Present MK) and how things have changed. So, here’s the last decade in a very tiny nutshell:

2010: Sold our condo, packed up our pug, and moved across the country to Phoenix, AZ.

2011: Realized we were miserable being 3,000 miles away from our friends and family, so we packed up our pugs (we gained a second one while in AZ) and moved back home to New England. Got new job in Boston – back to epic commute.

2013: Left job with a crazy toxic boss without another job lined up. Terrifying, but necessary for my mental health and well-being. (Was also very keen to stop working in Boston after being in the office the day of the Boston Marathon bombing only a few blocks away). Luckily, my last day was a Friday, and by Monday I had a job offer from my current employer, HILL for Literacy. Took the leap to working part-time.

2017: Had my first child. Added 3rd pug to family, but lost our first pug not long after 🙁

2019: Spent significant portion of year dealing with fallout from my parents’ declining health. Helped my siblings empty out and sell our childhood home. Wrote two sequels in one year while juggling multiple editorial deadlines for the first books in the series and somehow survived. Went on my very first legit book tour (probably will never happen again, but still a bucket list item)!!

All in all, it was a pretty decent decade. Lots of highs and lows, but I definitely can’t complain with where I’ve ended up. Here’s hoping the next decade is even better! 🙂

HOW DID 2019 AND THE LAST DECADE TREAT YOU? WHAT ARE YOU LOOKING FORWARD TO IN THE NEW YEAR?